Why and How I Shoot Film at Hawaii Weddings 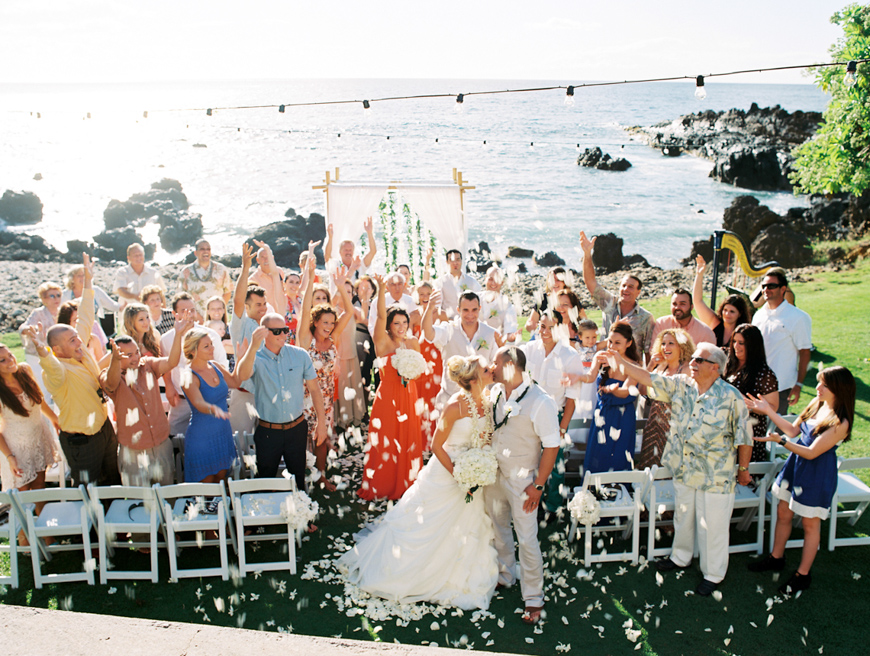 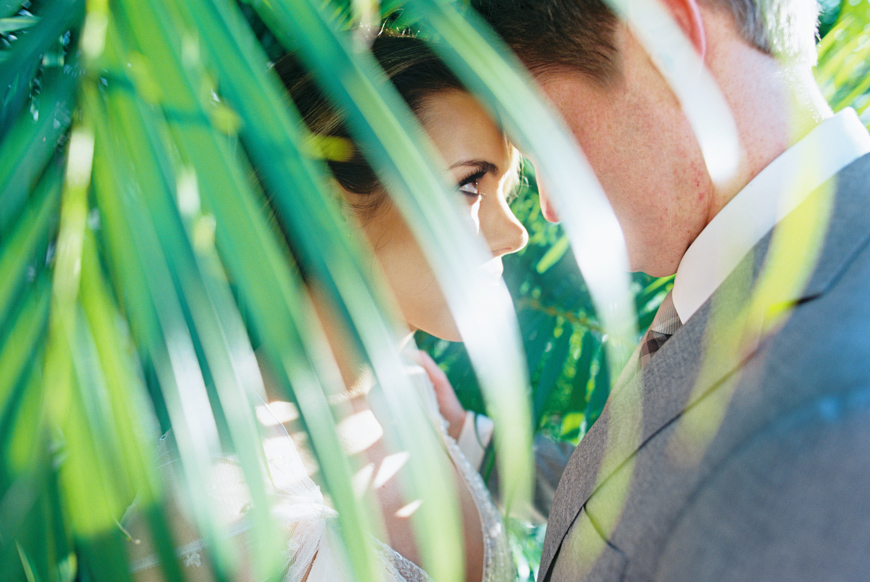 I am not a super technical person. They way I can explain what I see with film that makes me want to shoot it exclusively is Kodak film’s  colors, the depth in the image, the way film handles light.  Film images always draw me in.

I also have fallen in love with the process of shooting film.  For me, the simpler my process is, the freer I am creatively.   With film, I am freed from looking at the camera back, from worrying about the camera settings beyond the basic aperture and shutter speeds.  That simplicity keeps me in the moment with the people in front of my camera and inspires me creatively. 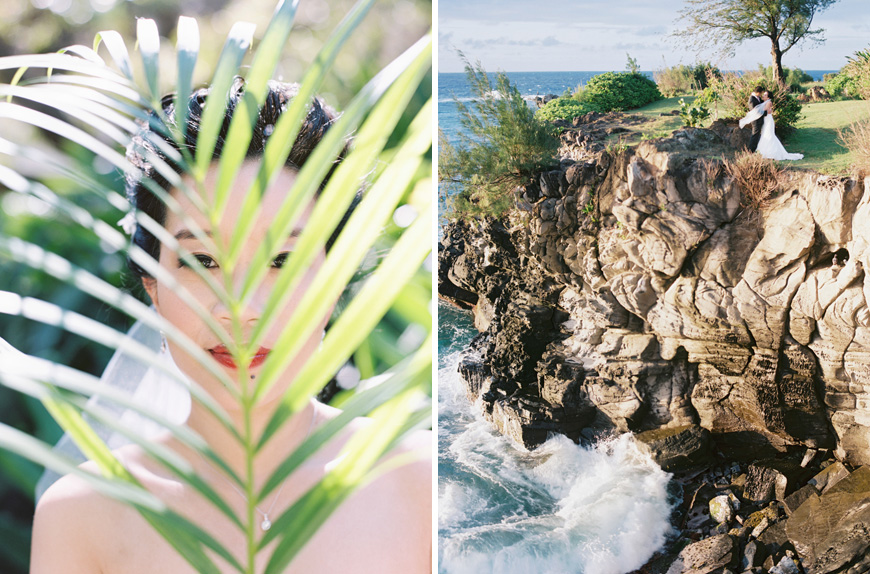 People sometimes wonder how I shoot film at weddings as if it was a harder process than digital. But I don’t think it really is.  Here are my go-to’s for shooting film at weddings.

For the majority of the wedding, I shoot with mainly my medium format camera – the Contax 645.  I also carry a 35mm camera – the Canon 1v with a wide angle  lens which I use for photojournalistic type shots, movement, and some fun portraits.  I also pack 2 back up cameras just in case.  You never know at a wedding what will decide to break.

I have a ton of film cameras that I love to experiment with.  I love my Rollei sl66 and my toy cameras (holga and lomos) and fun and different lenses.  But I pick only one “extra” camera to bring with me to a wedding. And I preload that camera with the film it will need and I usually shoot only 1 or 2 rolls through it during the bride and groom portrait time.  I have found that in older cameras and lenses, using Kodak Ektar film works really well.  The strong colors and contrast from Ektar help work against older lenses loss of contrast. 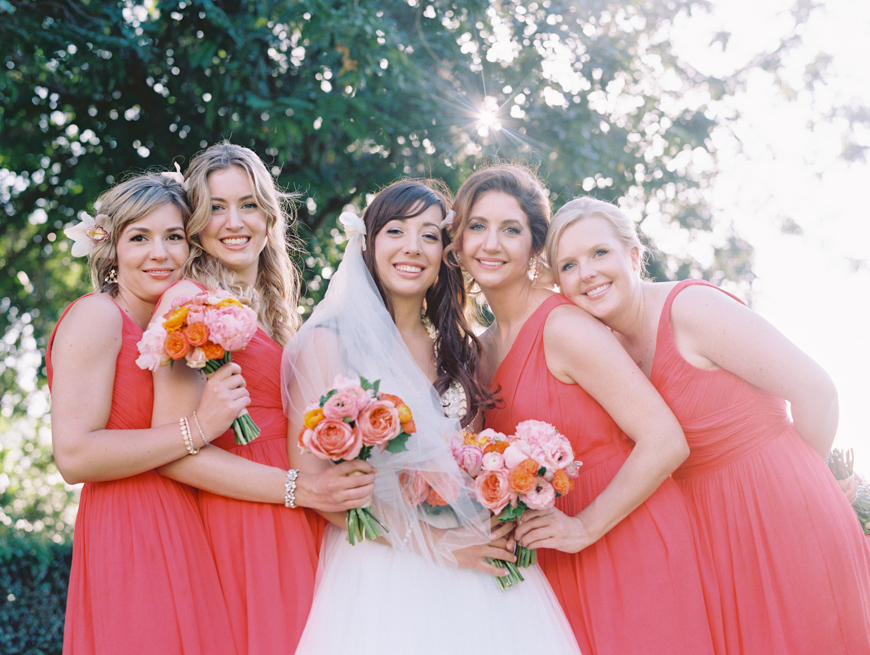 I use an old shoulder carry camera bag as my film bag. It has three compartments which I use for the three different speeds of film I will use during the day.  In each compartment, I have a zip lock bag of unwrapped 120 rolls of film.  On top of each bag is an replacement insert for my camera (Contax 645) loaded with that sort of film.  For me, thats one compartment of Portra 160 and Ektar 100 mixed (my daylight outside films).  The second compartment has Portra 800 (my favorite inside or nighttime color film). And the third compartment holds Kodak Tri-x 400 (for nighttime reception shots).  There is also an empty ziploc bag that I use to put in all my shot film.  I also put a couple of spare batteries in my film bag.

I love to shoot weddings with someone by my side. It makes the day go smoother and I love having someone to chat with and bounce ideas off.  My assistant carries my film bag and reloads the spare inserts for me. When I finish a roll of film, I just turn around and open my camera back, he hands me a new insert and I hand him the insert with the finished roll.  Then he reloads that for me while Im shooting.  Easy. Peasy.  He also shoots here and there as inspiration hits him.

Of course he doesn’t always have to stand right there with me. In slower times of the day, like the getting ready, I might be with the bride and he will be with the guys and I reload the film myself.  But in the busiest times of the day, its especially handy to have his help reloading the film.

I shoot film all day and all night. So the reception is shot on all film as well.  For night time shooting, I like to bring a variety of lighting tools — 2 video lights and 2 flashes.  The video lights work great for first dances and cake cutting.  I set them up on nearby tables, or one on top of my camera and one held by my assistant while I shoot black and white film.   I have flashes for both the Canon and the Contax and I use those also. Flashes work well for dancing shots and candids. 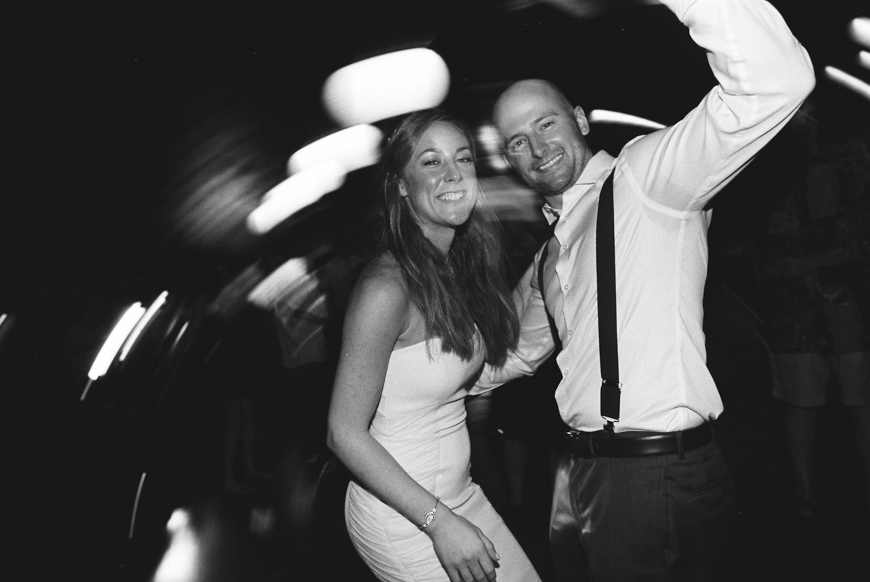 For me film is all about both the look I an achieve in my images and the process itself. I find myself being much more creative and artistic with film in my camera.  I love experimenting with things done in camera — double or triple exposures, light leaks, super wide angles or older cameras and lenses.  Its really the fun I have with shooting film along with the images I get back that keeps me committed to film.

If you want to learn more about shooting film, click here.

If you want to book a wedding, please contact me here. 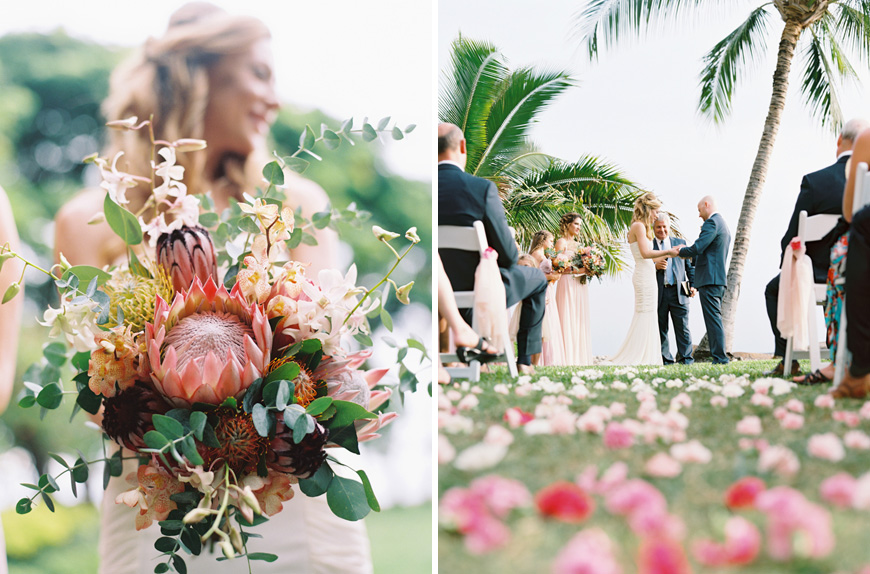 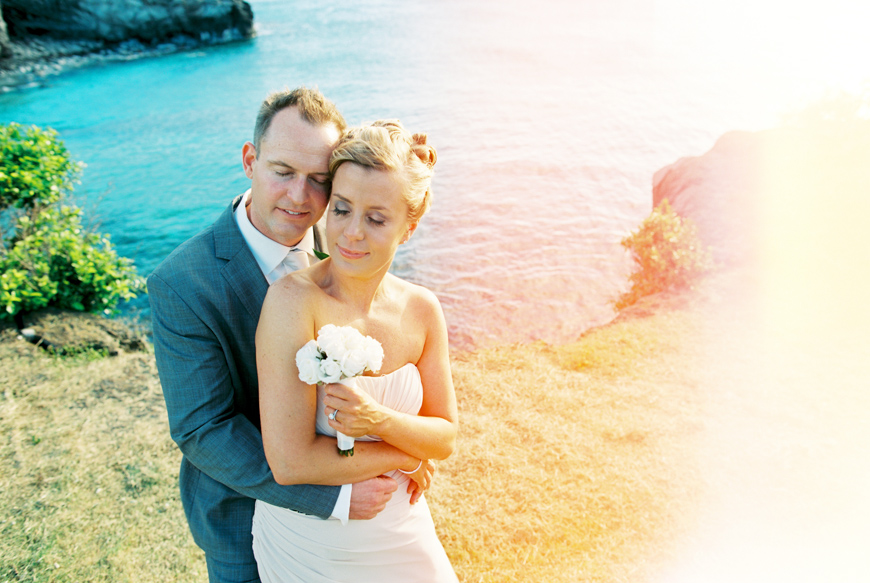